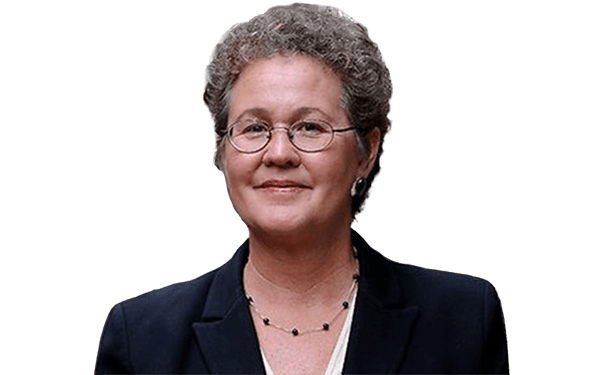 Encouraging Outtakes from Interview With Linda Darling-Hammond, New President of the California State Board of Education

In reporting on Linda Darling-Hammond’s appointment by new California Governor Newsom to the 11-member state board, the Washington Post described her as “a giant in education.” Best known as founder and president of the Learning Policy Institute based in Palo Alto, she has long been a major national voice for policy supporting social-emotional learning, equity in education, and teacher development.

She headed Obama’s education transition team, though Obama disappointed many educators (and angered others) by choosing Arne Duncan (and his dedication to corporate policies of Common Core and testing) rather than Hammond and her equity and SEL approach.

We can all muse on what a major difference that choice made.

Among other achievements, Linda founded the Stanford Center for Opportunity Policy in Education and is a former president of the American Educational Research Association, the leading education research organization in the U.S. She served as executive director of the National Commission on Teaching and America’s Future and, at another point, was Director of the RAND Corporation’s education program. More recently, for six years she chaired the California Commission on Teacher Credentialing, where she promoted SEL training as a requisite for teachers entering the profession.

Last year Darling-Hammond was named the No. 1 scholar in the nation “doing the most to shape educational practice and policy” based on a ranking by a panel of distinguished scholars.

Over the last few years, as an advisor to Governor Jerry Brown and the state education department, she strongly promoted the Local Control Funding Formula that has targeted billions at low-income and other high needs children. She played another significant role in fashioning a new school accountability system based on multiple measures, this backed by a color-coded California School Dashboard showing how schools and districts are doing on those measures. She also worked to expand the state’s efforts to deal with teacher shortages in several key subjects, including math, science and special education.

Her two most recent books (of 25) are Preparing Teachers for Deeper Learning and With the Whole Child.

What follows is our interview summary and relevant quotes about those policies and funding that support SEL in the state and which Darling-Hammond is promoting in her new role. The interview is part of our May, 2019 newsletter. Don’t get our newsletter? Join the Alliance today!

From Darling-Hammond: “California has already taken a number of steps that are important that the state board is involved in. I see us expanding many of them…and we’re supporting new measures, including the Governors’ budget proposal [of $1 billion more] for early learning, which includes support for social-emotional learning.”

Among other related initiatives or goals for the state board she mentioned:

Darling-Hammond noted that overall conditions for both SEL and equity expansion are ripe in the state because of aligned thinking between the governor’s office, her state board, and the state education department under new superintendent Tony Thurmond. A new and effective ally, she noted, is the Governor’s wife, Jennifer Newsom, who calls herself “The First Partner.” Another new ally is the state’s first Surgeon General, Nadine Burke Harris, who has made improving mental health a primary focus.

“Nadine and I do have a plan to work together on this,” she said. “There are also allies throughout both the Governor’s office and the First Partner’s. There is a whole child perspective and a strong platform.”

Also in alignment, she added, is the Commission on Teacher Credentialing that she formerly headed. It is assisting with teacher licensing mandates for responsive practices such as SEL.

“We are already seeing progress that the new cadre of educators is better prepared” based on earlier decisions by the Commission, she said. “And the Department of Education is doing a lot of work through the multi-tiered system of support and the [School] Climate Workforce [to expand this]. So we are positioning ourselves as a state to make a lot of progress.”

It was noted to her that more than one local education department board member from around the state have told Alliance members that many school administrators are falsely claiming adoption of SEL practices to satisfy calls for it under state safe climate policies while others are ignoring implementation altogether.

In some cases, principals will implement a morning greeting or provide one class in either emotional awareness or mindfulness training rather than implement a comprehensive SEL curriculum with fidelity, in part because the Legislature has not provided the resources.

Darling-Hammond responded that state attention to the reporting dashboard and its surveys would create more school administrator buy-in. Moreover, she noted, implementation overall in the state has been taking place not just in specific SEL classes. It’s also evident, she said, in the adoption of responsive classroom practices in such basic classes as math. Many teachers have learned to contextualize math teaching (and other core subject matter) in a manner that provides “collaboration skills and growth mindsets.”

“It’s about creating a framework for teacher’s pedagogy so they are using their [regular class] time” to implement SEL values, she said.

“There is time for you to teach these skills in an explicit way as well as… include advisory structures [such as basic classes], There are lots of schools doing it…It’s less a question of folks not wanting to step up and more a matter of getting productive learning.”

“A problem is that schools are fragmented with students going to different teachers [in the course of a day]. So to build the knowledge base you need all the faculty on the same page so we are not teaching things over and over again and we are building on a knowledge base of competence and reinforcing students on the behaviors we want them to learn.”

To get teachers on the same page, she added, so that no matter the subject matter of the class, the core principles of growth mindset and whole child development are reinforced, will take consistent teacher development and classroom support that her state board has as a goal.

“So [SEL learning] is not so fragmented and inefficient and in the long run is much more effective.”

A NOTE TO ALLIANCE MEMBERS: While it’s of tremendous value and a blessing that Alliance goals are supported at the highest levels of state government and education policy makers, the gap remains large between vision and execution. Two great issues remain for the us in the Alliance to address: the level of SEL awareness and authentic buy-in at the local and district school level (including among parents mostly ignorant of SEL’s existence) AND crucially in the all-important purse-controlling and requirement-producing state Legislature.