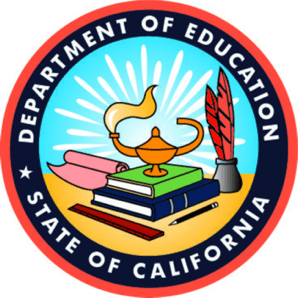 On Wednesday afternoon, June 18th, over 300 California educators, parents, and students tuned into Facebook Live to hear high school students speak honestly about their own experiences of racism, implicit bias, and trauma at school.

The “Student Support Circle: Institutional Racism and Implicit Bias,” was co-hosted by the California Department of Education and the National Equity Project, and is the first among several initiatives state Superintendent Tony Thurmond announced Wednesday to bring the nationwide conversation about racism and bias into the classroom.

“We have been seeing some of the most traumatic and grave and graphic events of brutality and racism and bias in our communities,” Thurmond said. “These have a deep impact on all of us, but especially on our young people. We want to make sure we’re providing support to them.”

The session kicked off with words from California Surgeon General Dr. Nadine Burke Harris, a leading expert in Adverse Childhood Experiences, who affirmed the trauma students may be experiencing as they watch acts of racial violence across the country, including the police killing of George Floyd in Minneapolis May 25 that sparked protests nationwide.

“We’ve been asked to put our trauma in a box,” she said, directly addressing the students. “But science shows us that safe, stable, nurturing environments are healing. How do we create these for our black and brown brothers and sisters?”

The panelists quickly turned it over to California high school representatives from the newly-formed Youth Advisory Commission. In a question-and-answer session facilitated by Jonathan Piper, a Black 2019 graduate of Skyline High School in Oakland, students from districts across the state spoke about confronting racism both in national news and in their own educational experiences.

Read Article About Students Speaking Out from the San Francisco Chronicle

Announcing the Coalition for School Well-Being